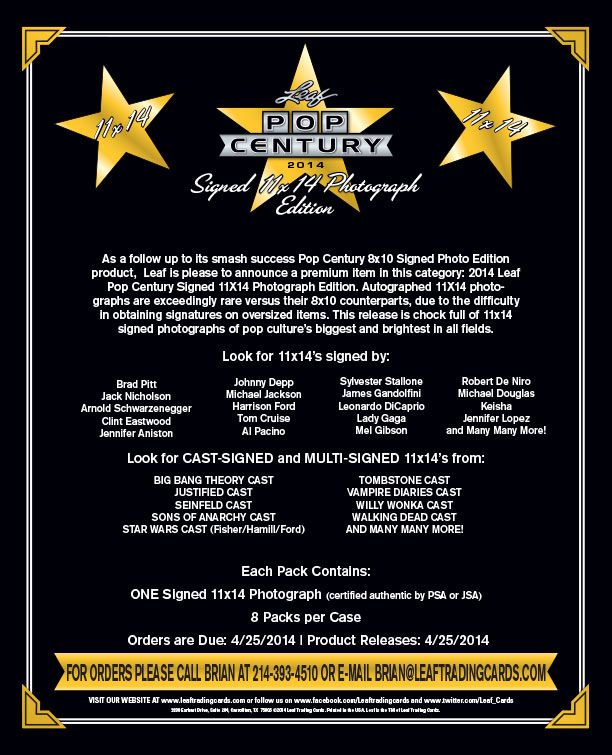 2014 Pop Century Signed Photograph Edition 11×14 As a follow up to its smash success Pop Century 8×10 Signed Photo Edition product,  Leaf is please to announce a premium item in this category: 2014 Leaf Pop Century Signed 11X14 Photograph Edition. Autographed 11X14 photographs are exceedingly rare versus their 8×10 counterparts, due to the difficulty in obtaining signatures on over sized items. This release is chock full of 11×14 signed photographs of pop culture’s biggest and brightest in all fields.