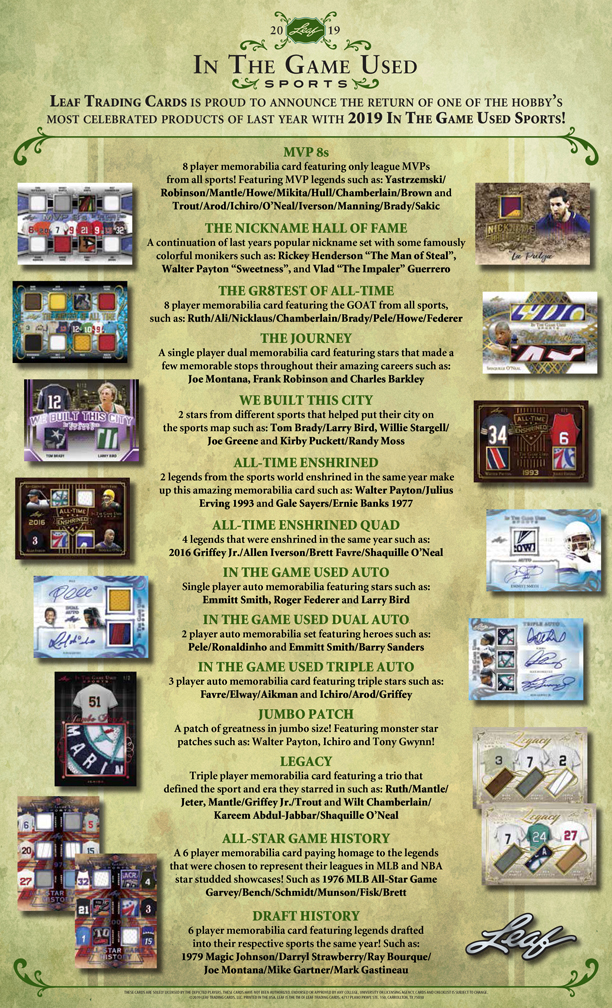 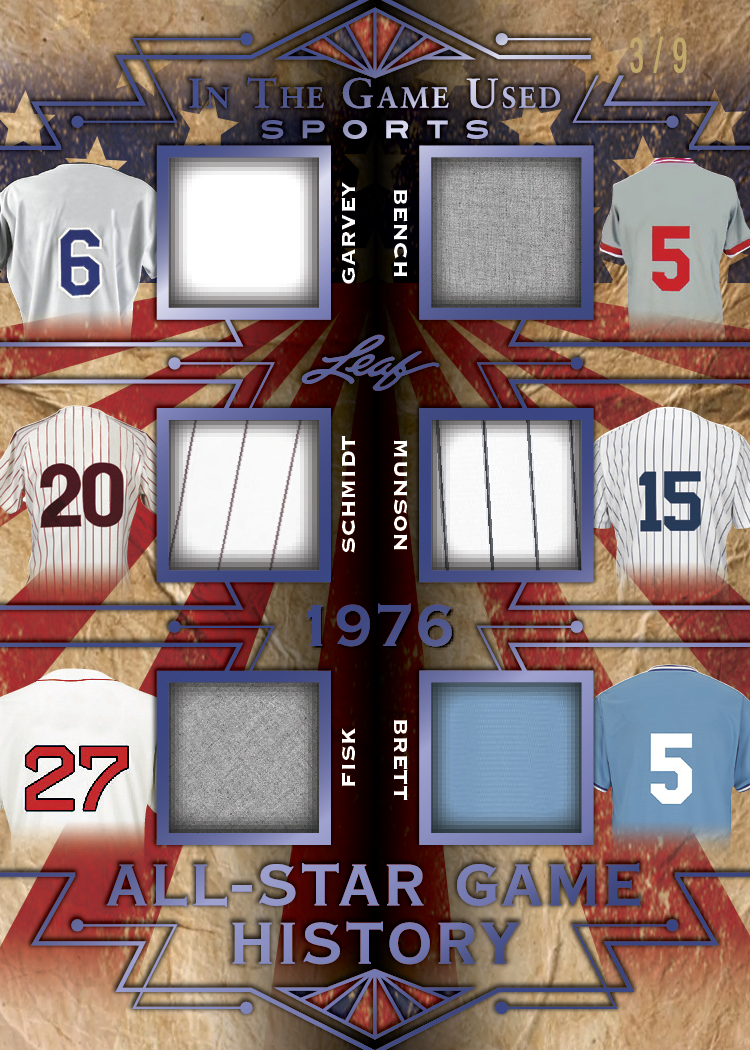 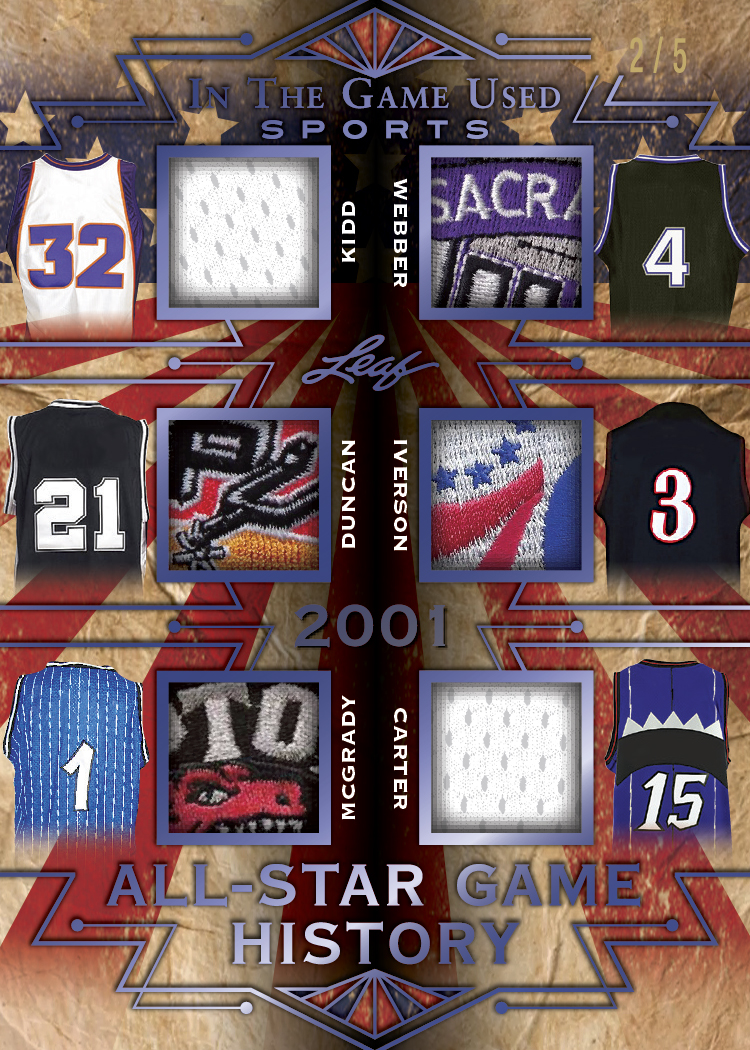 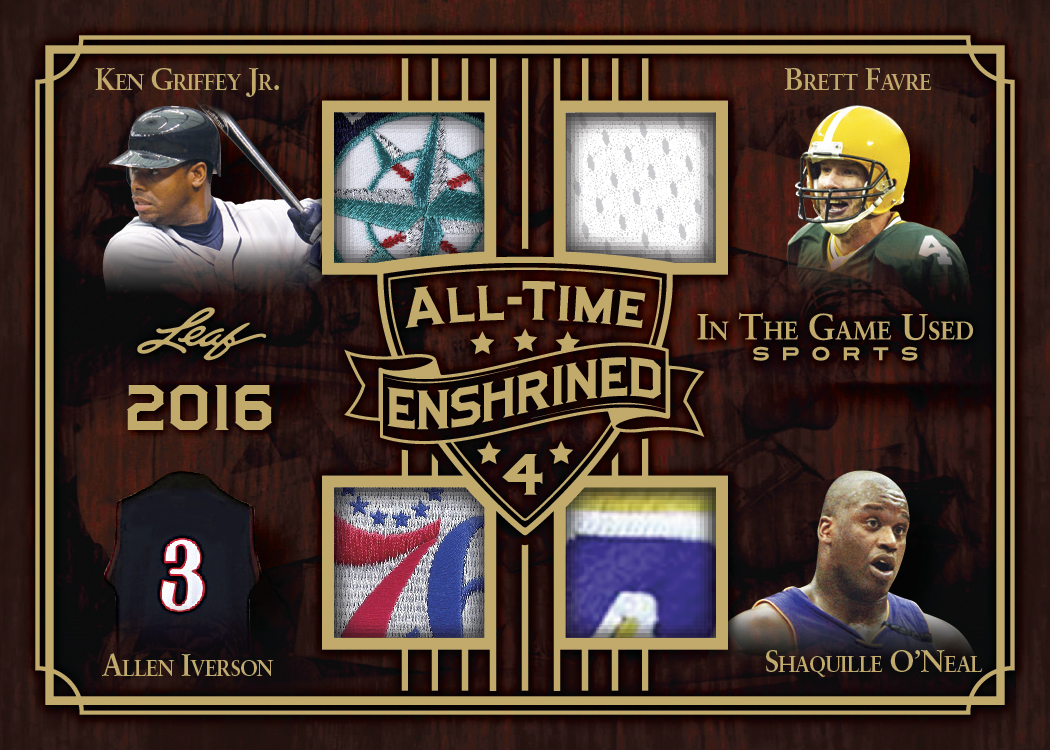 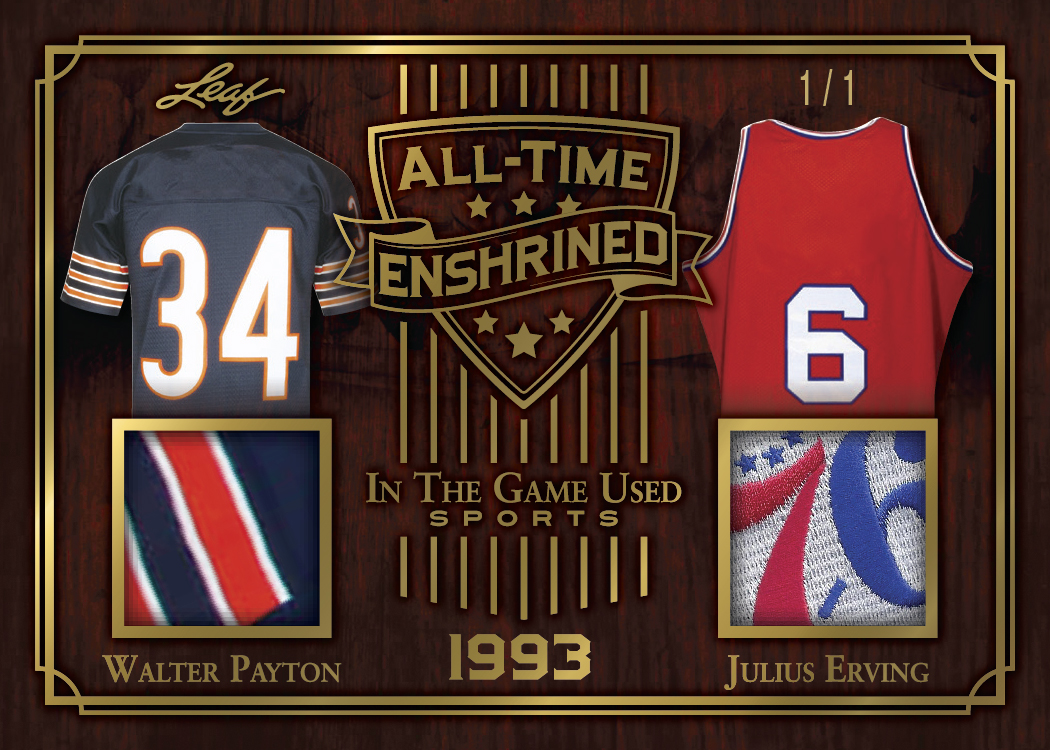 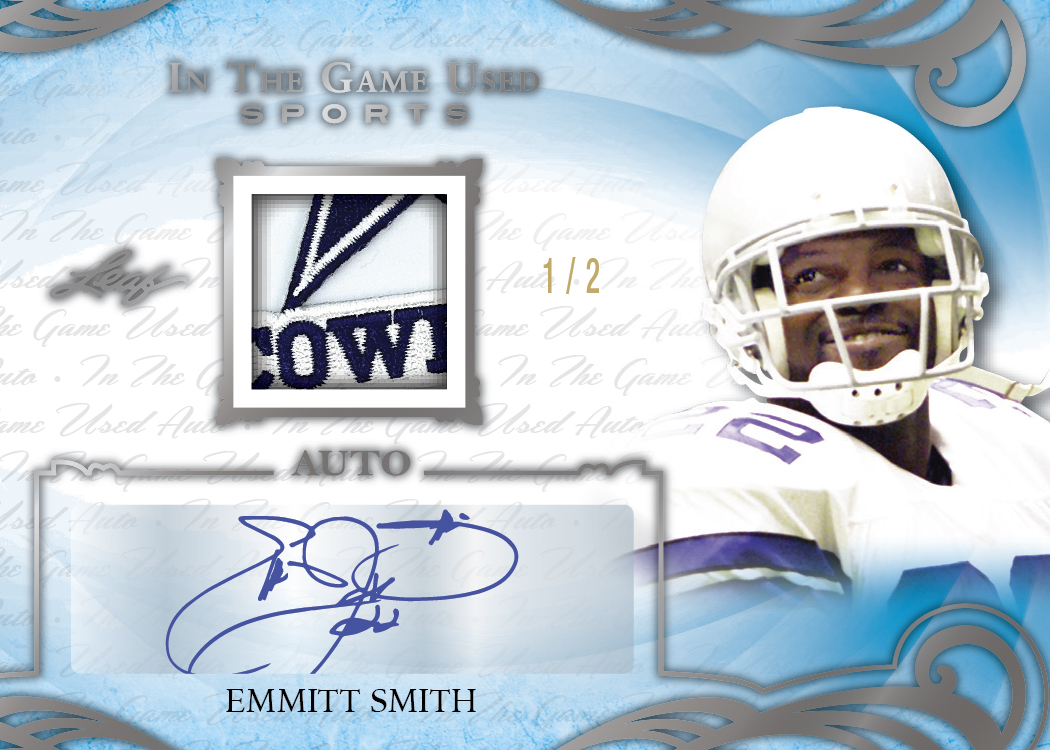 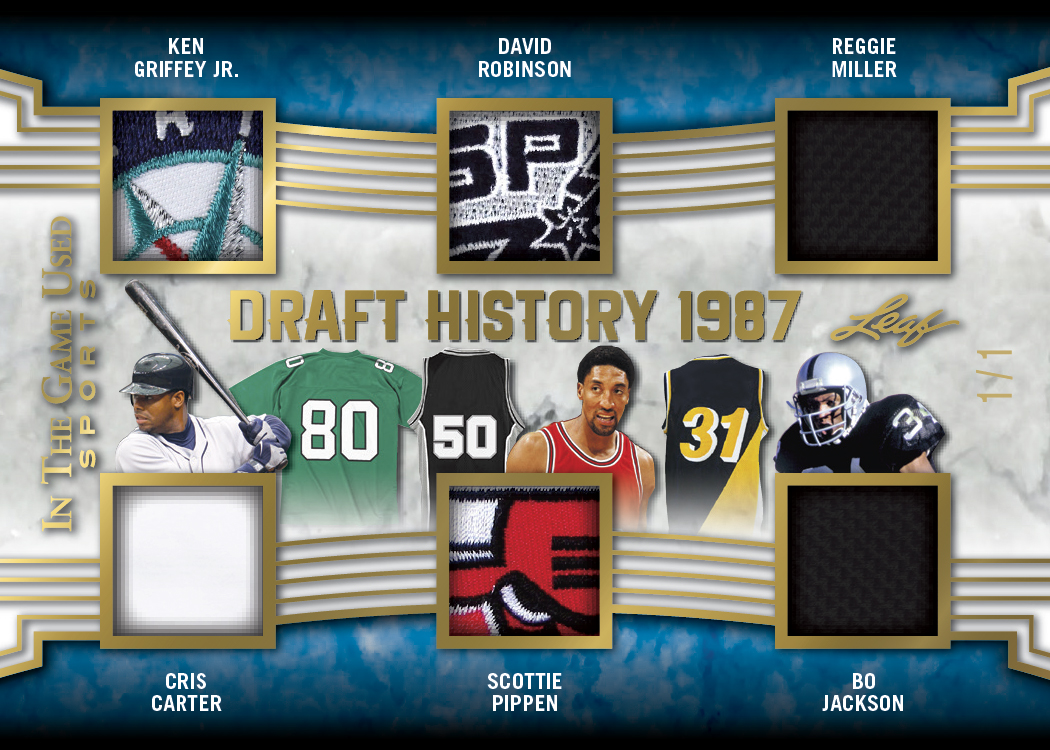 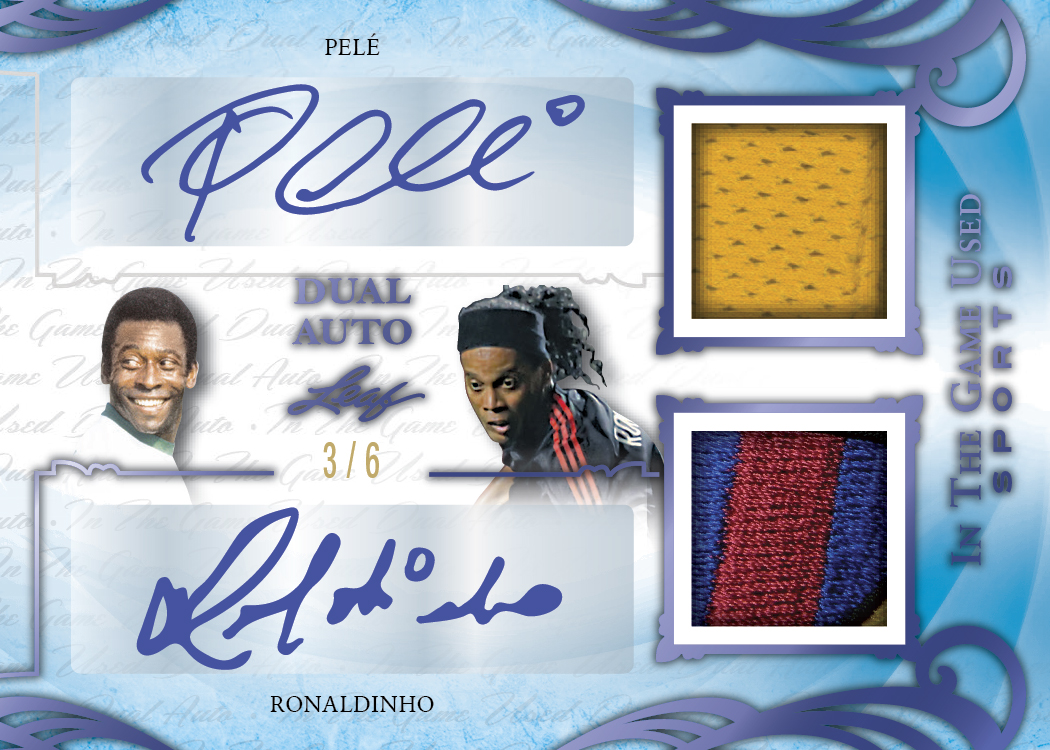 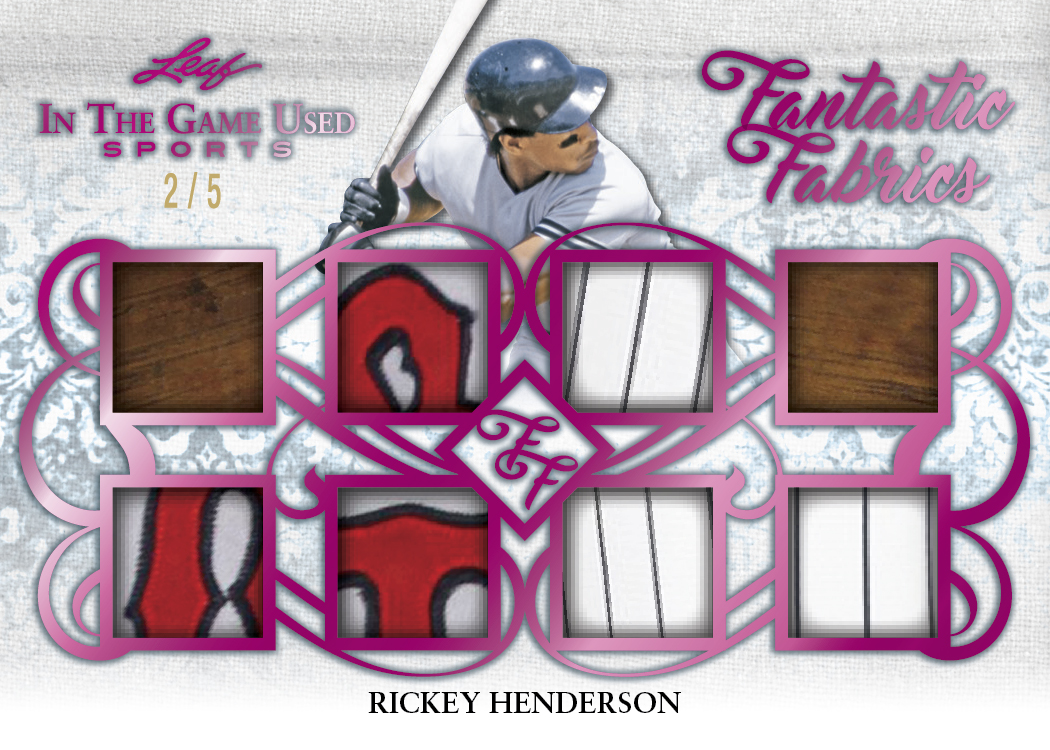 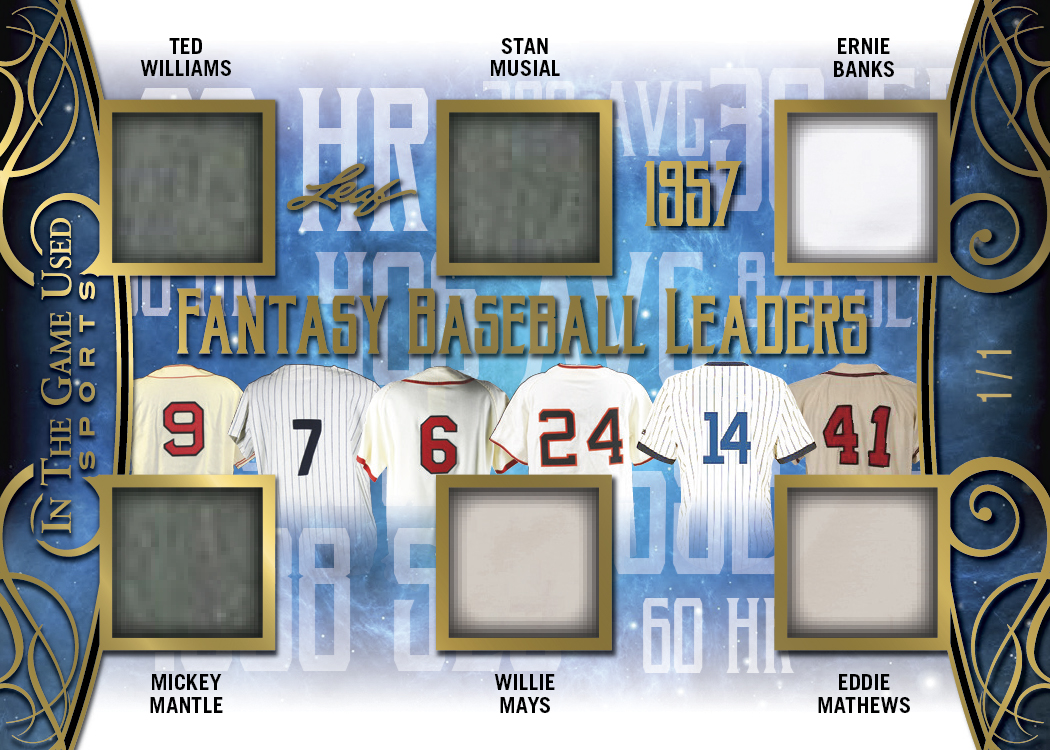 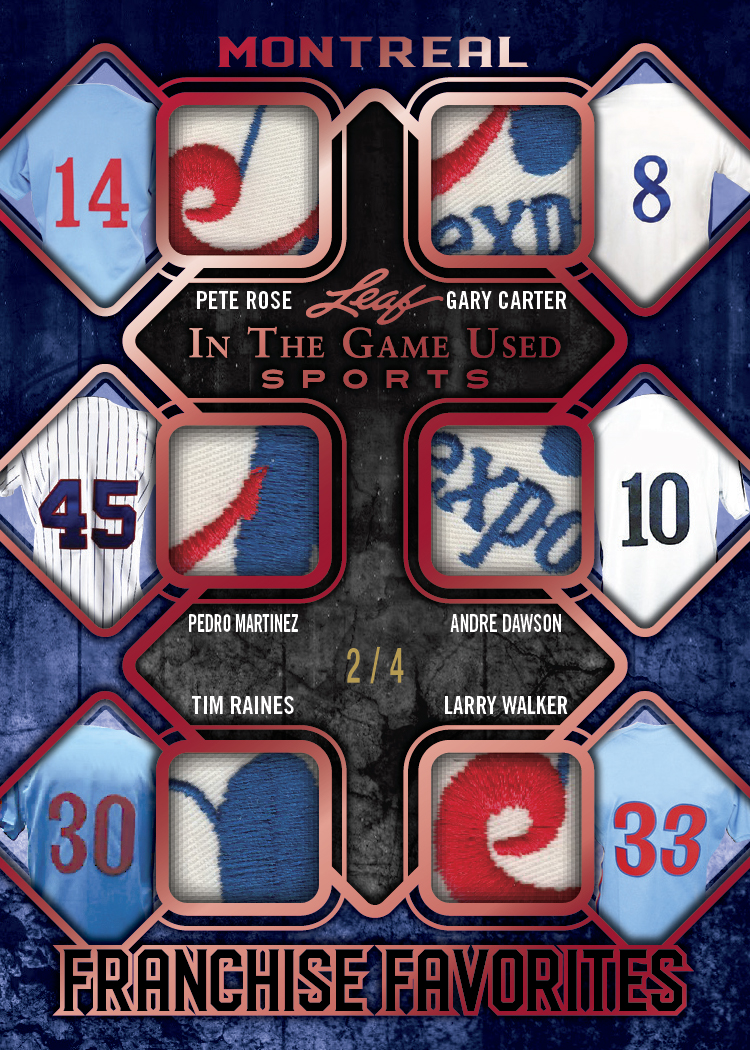 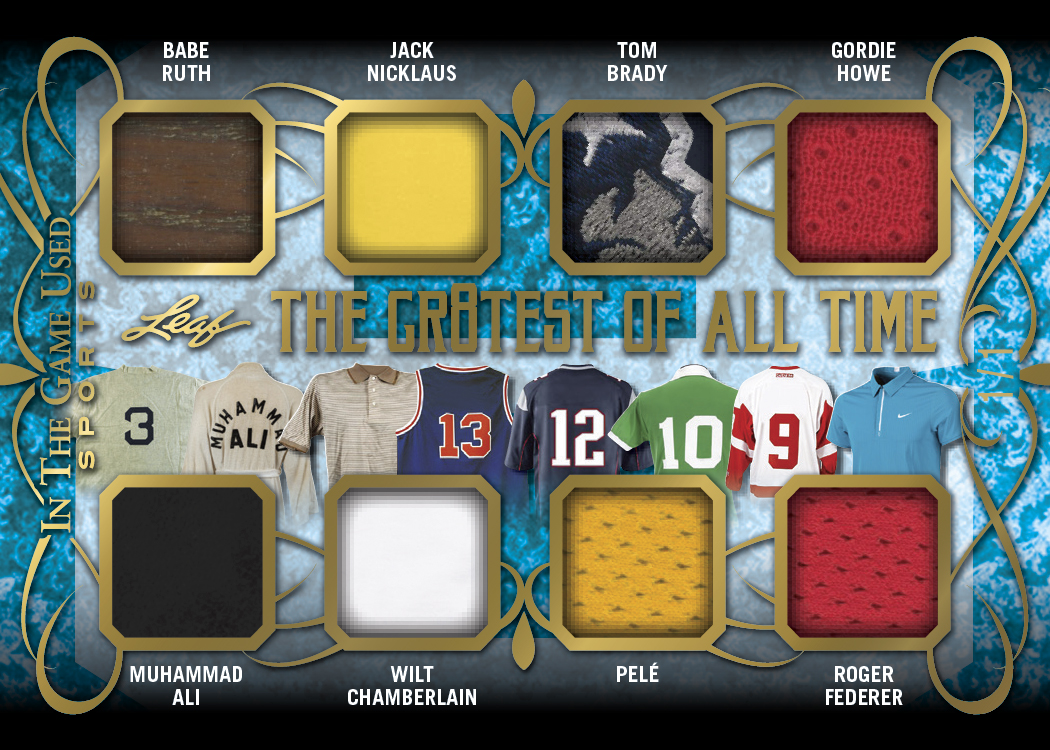 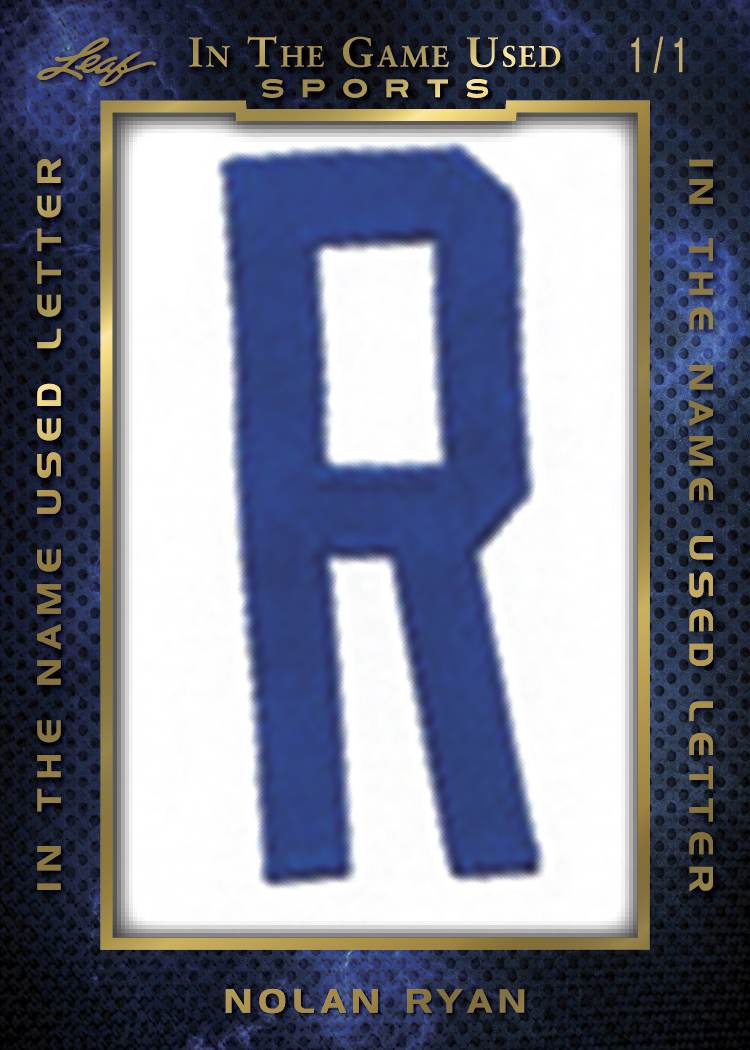 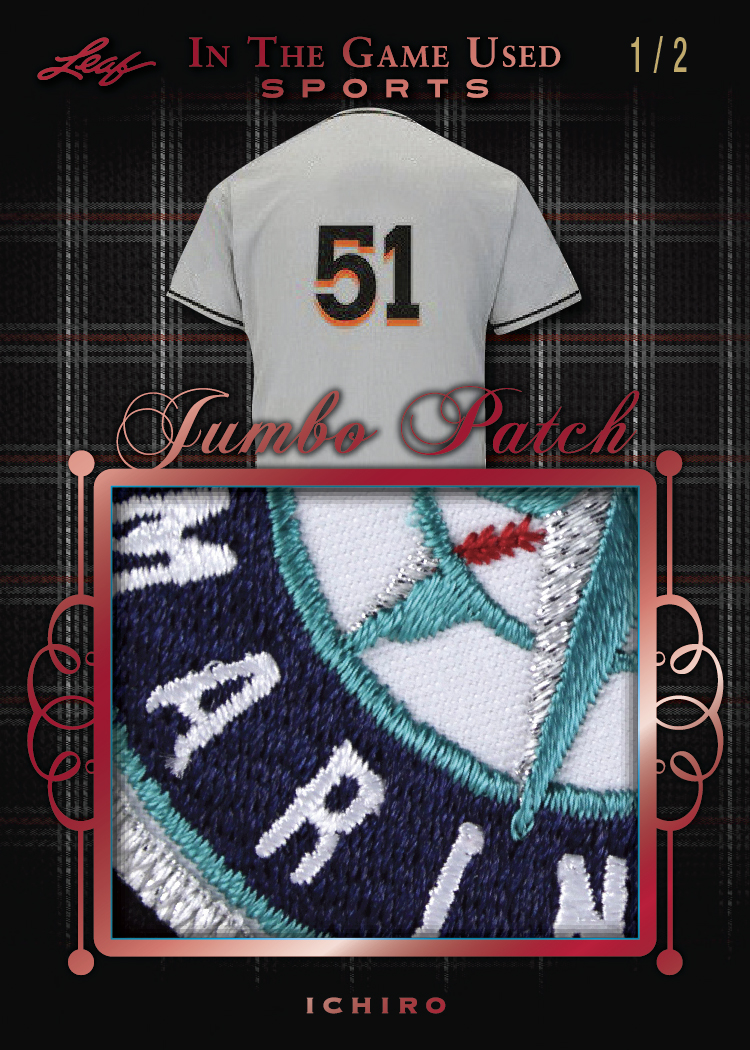 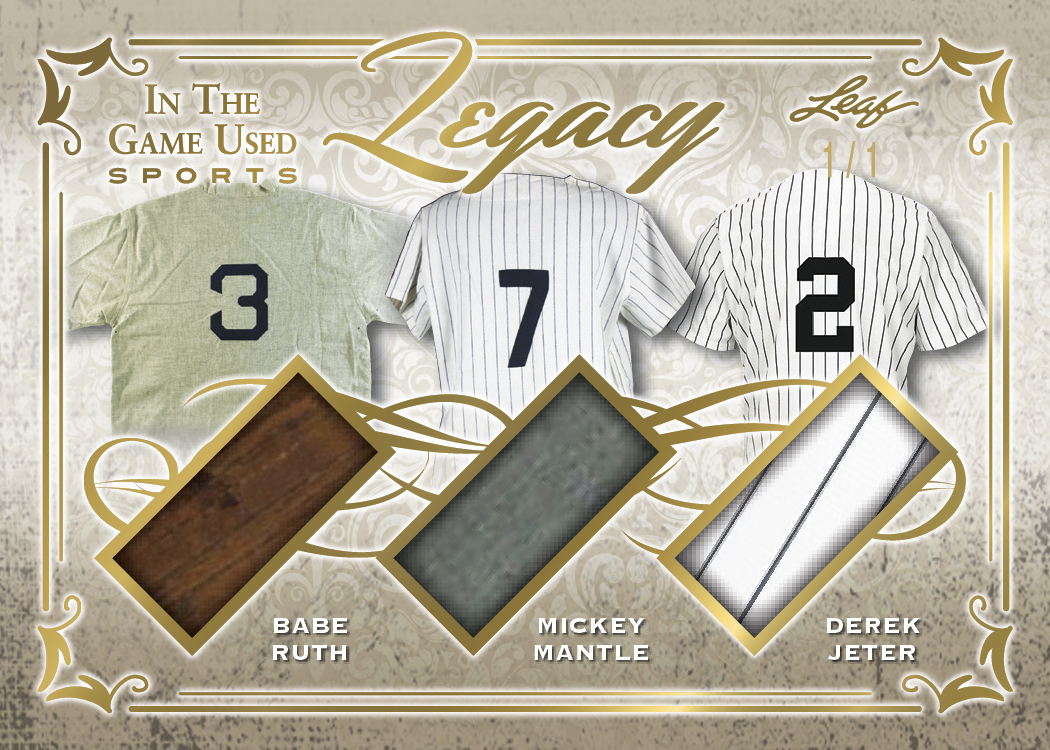 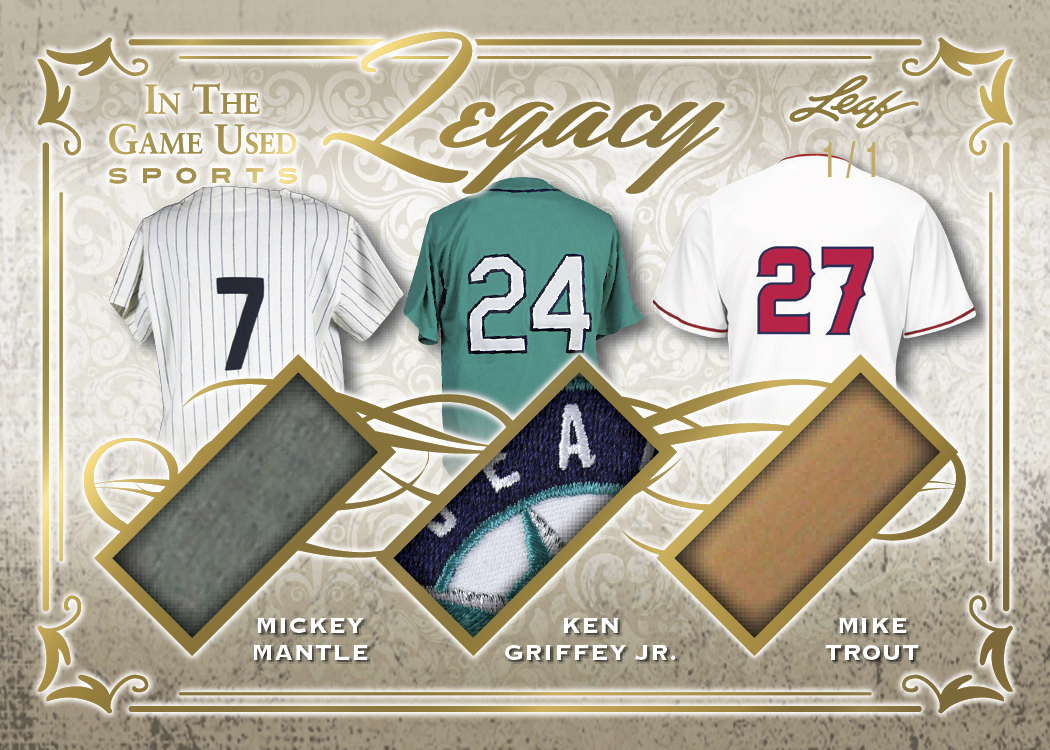 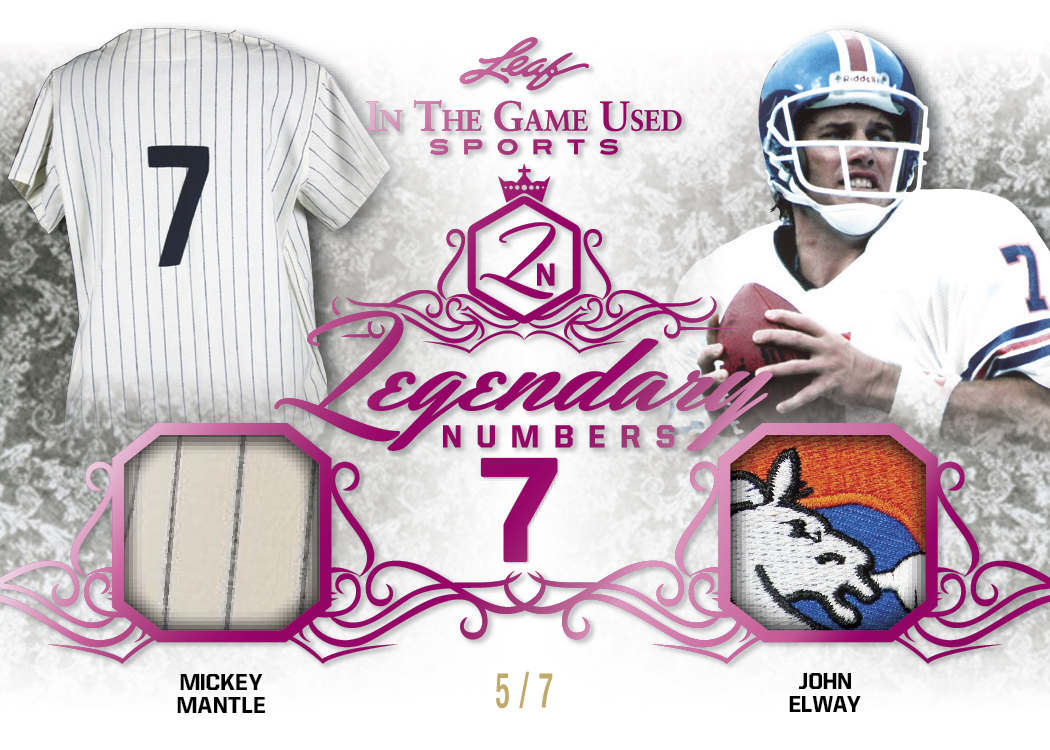 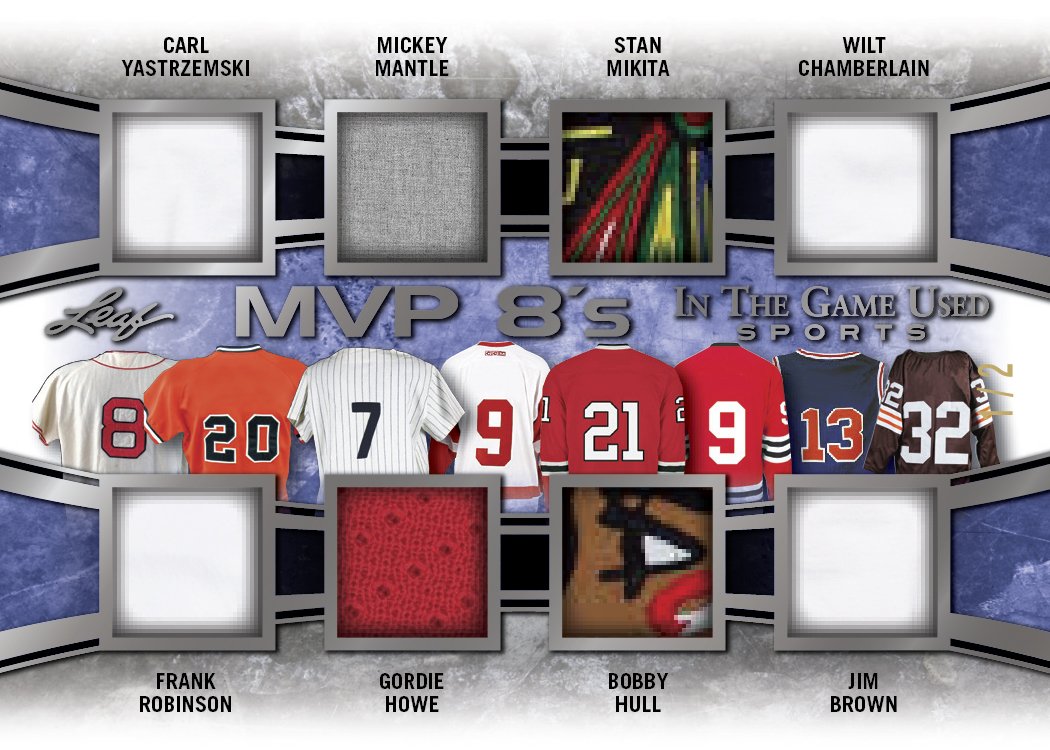 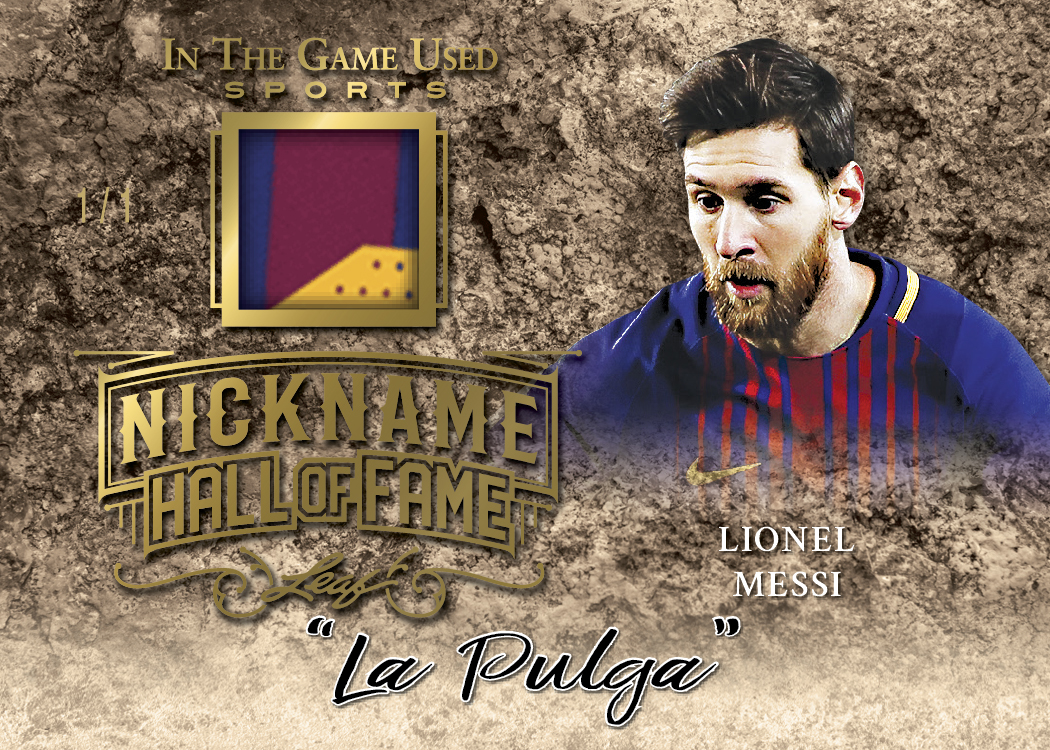 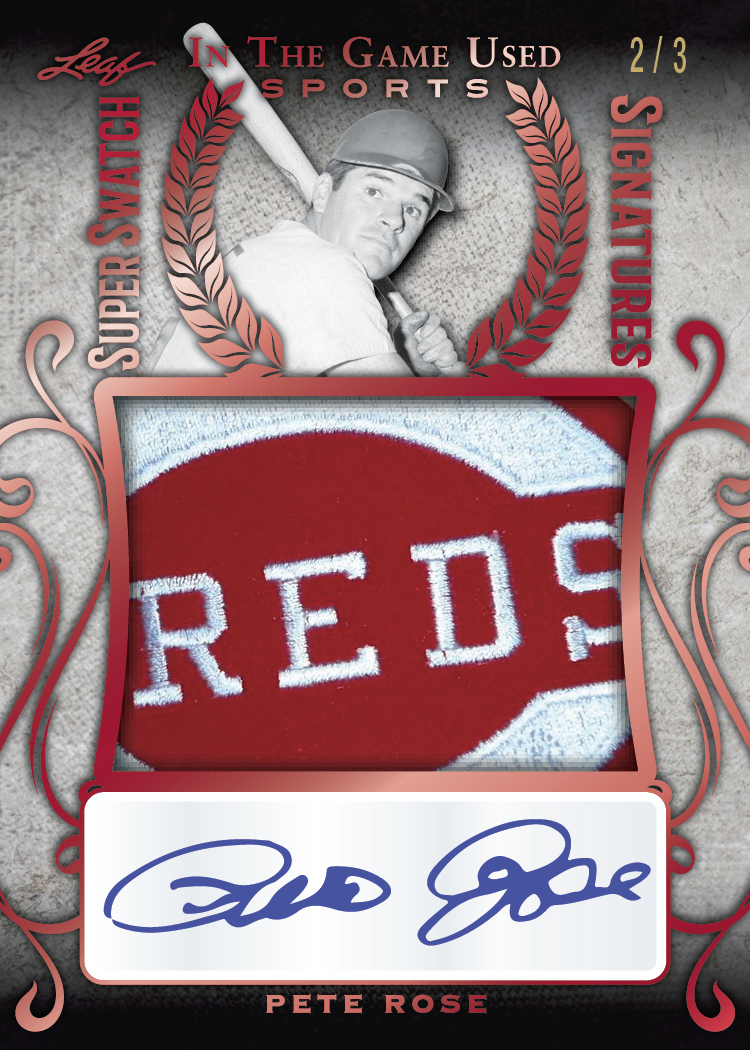 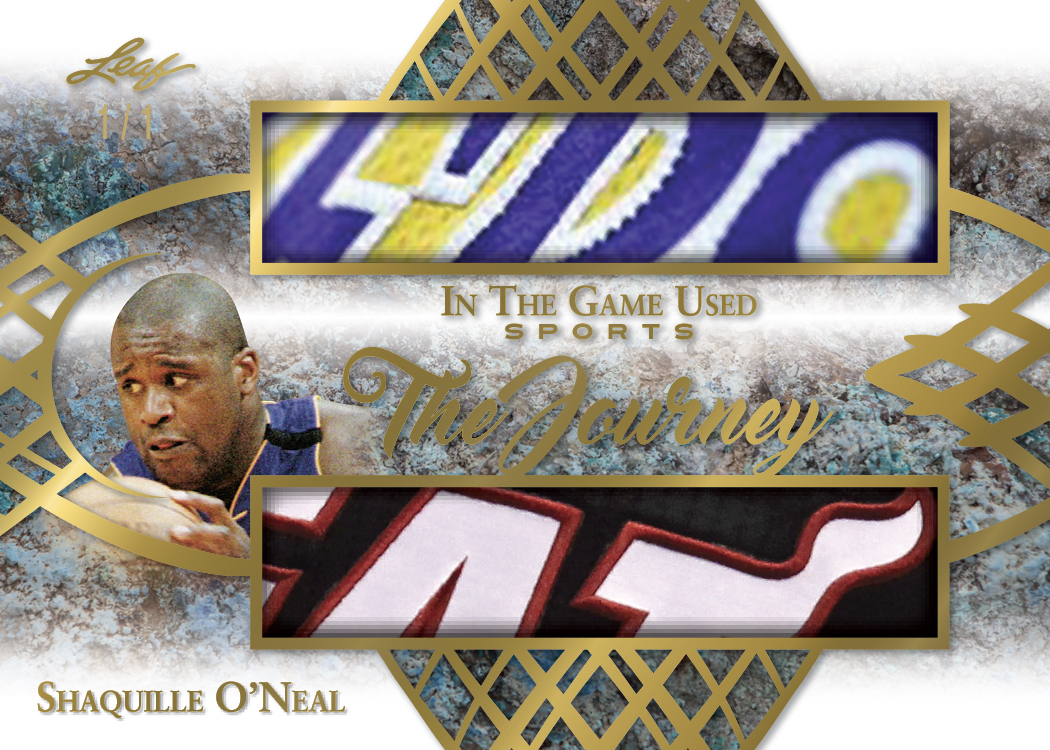 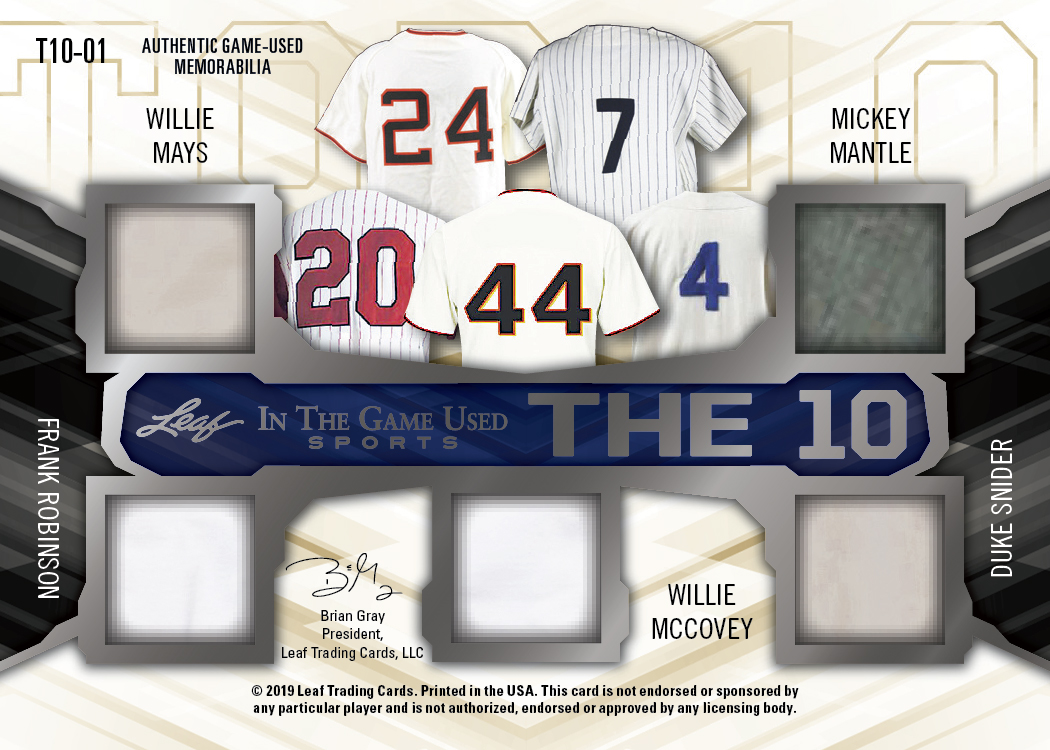 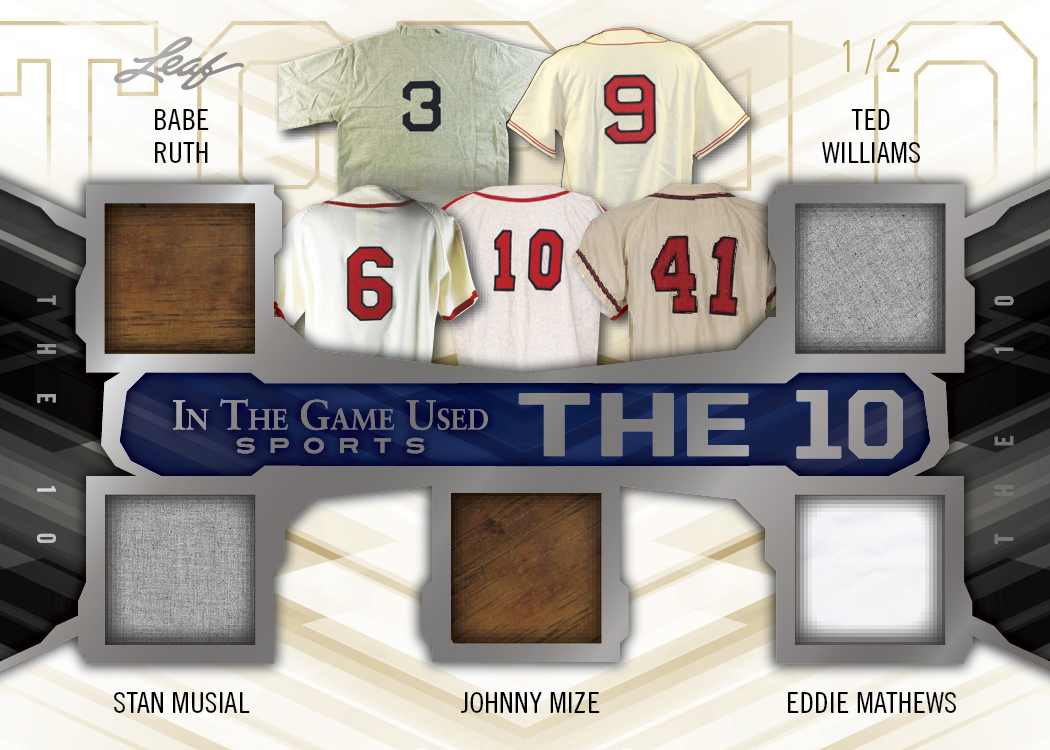 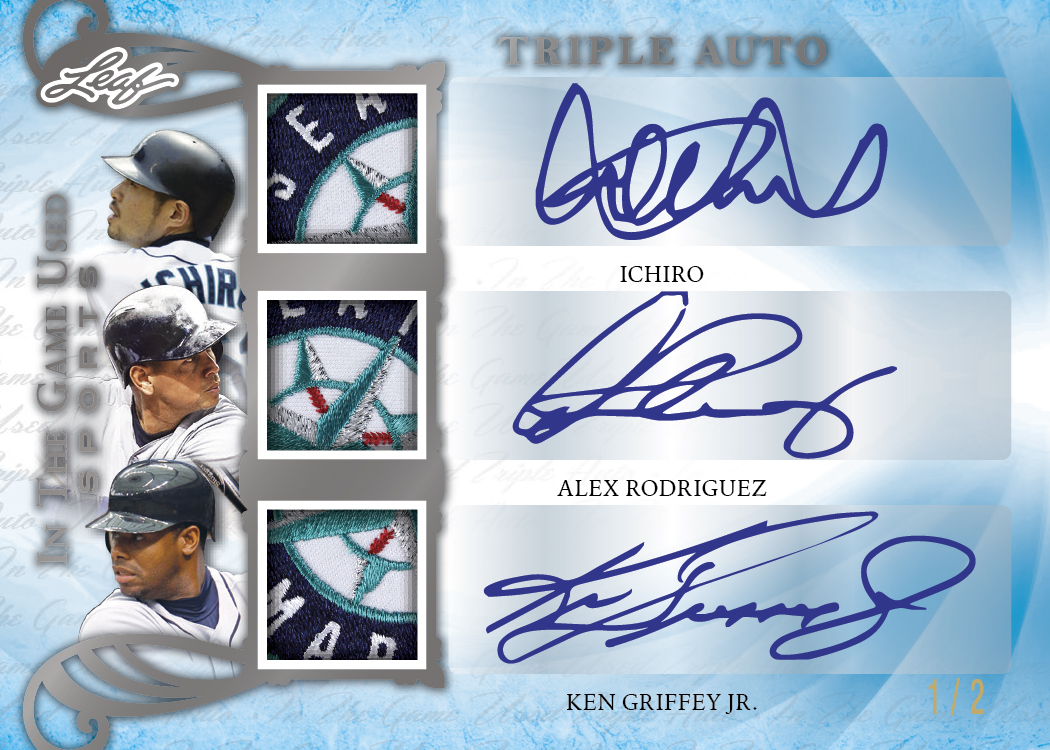 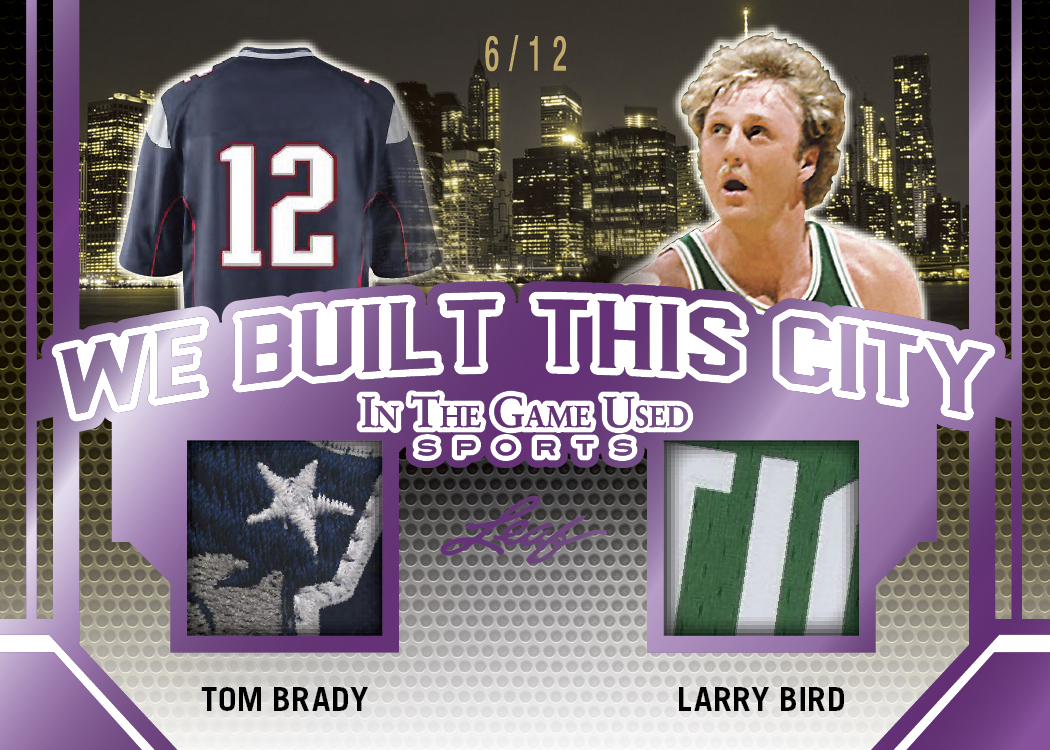 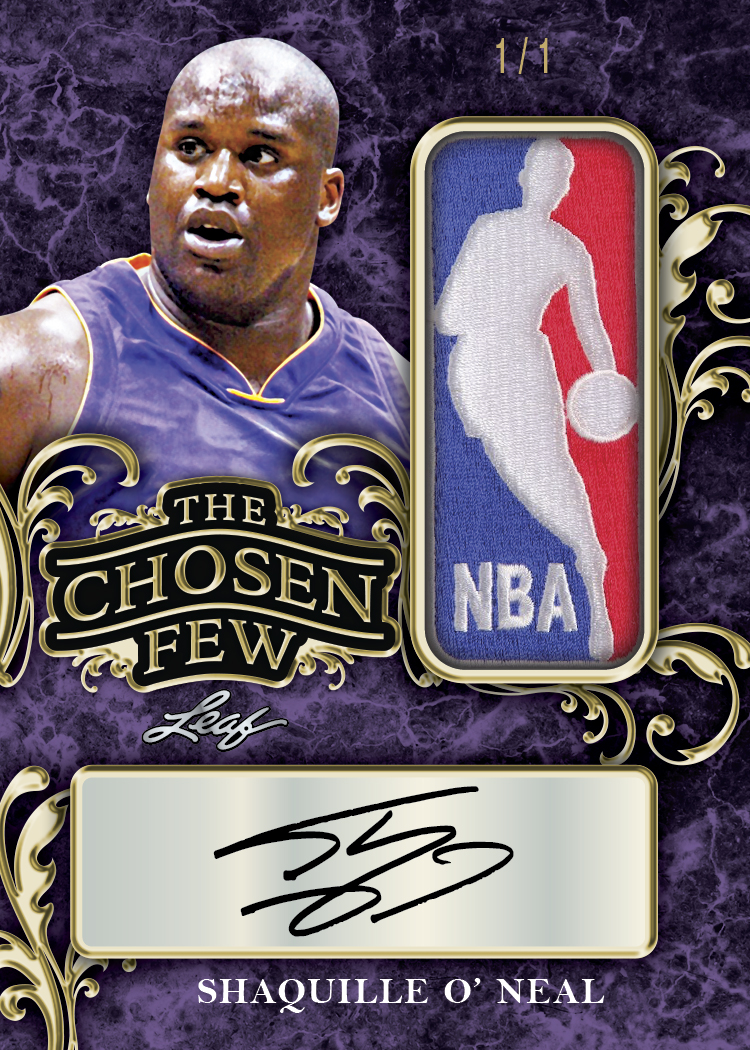 Leaf Trading Cards is proud to announce the return of one of the hobby's most celebrated products of last year with 2019 In The Game Used Sports! MVP 8's 8 player memorabilia card featuring only league MVP's from all sports! Featuring MVP legends such as: Yastrzemski/Robinson/Mantle/Howe/Mikita/Hull/Chamberlain/Brown and Trout/Arod/Ichiro/O'Neal/Iverson/Manning/Brady/Sakic The Nickname Hall Of Fame A continuation of last years popular nickname set with some famously colorful monikers such as: Rickey Henderson The Man of Steal, Walter Payton Sweetness, and Vlad The Impaler Guerrero